All the way from Seattle in the north west of the United States,where the brand new state of the art Boeing 737-800 Next Generation aircraft left on May 26,2017 for a two days journey before it lands on Kigali soil on May 28th,2017 at exactly 2:48pm. 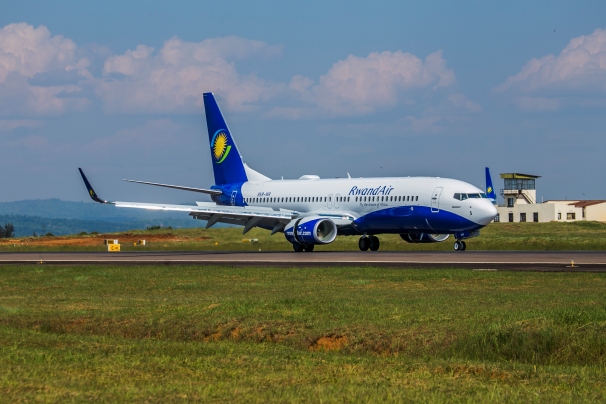 The new Boeing 737-800 NG after it touched down at Kigali International Airport on May 28,2017.Photo:Cyril NDEGEYA 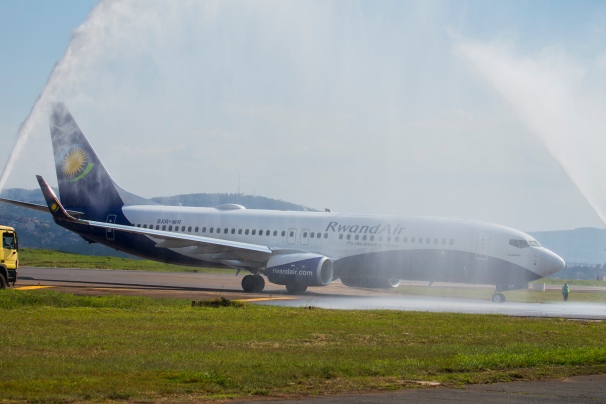 The canon water salute to the new aircraft as it taxis to the tarmac.Photo:Cyril NDEGEYA

With the skilled pilots Captain Vasileios Avramidis and the Rwandan  First Officer Jean de Dieu Karangwa, three stop over  were at least necessary for refueling; one at the Canadian forces Goose Bay Airport located on the east coast,a second stop at Shannon Airport in the west of Ireland,a third stop at Athens Airport in Greece which  is also known as Elefthérios-Venizélos Airport, from where the terminus was Kigali International Airport.

Upon arrival in Kigali, The Ag.CEO of RwandAir Col.Chance Ndagano who came on board said that the new baby aircraft aquired on lease brings to twelve the number of aircraft operated by the national carrier and will serve mostly on West African new routes to be launched soon, especially Bamako in Mali and Conakry in Guinnea.

The new Wi-Fi connected Boeing 737-800NG is configured in a dual class cabin comfortably seating 16 passengers in Business Class and 138 in Economy Class. 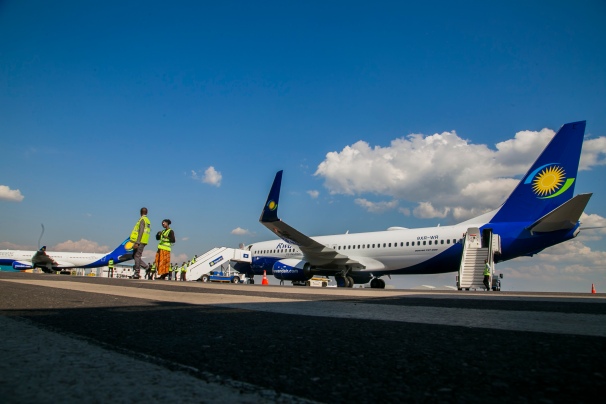 The B737-800NG(R) brings to twelve the number of aircrafts operated by RwandAir.Photo:Cyril NDEGEYA